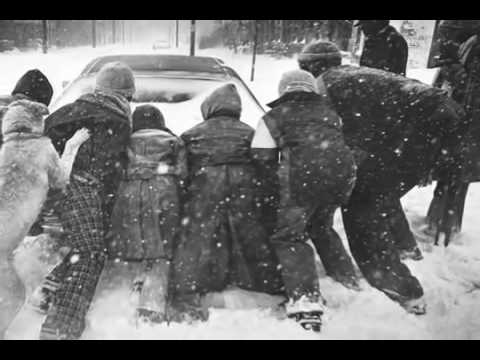 A Blizzard is Coming

Yaaay!!! My first post of 2018! Happy New Year! Now that I got that out of my system, the area where I live is expecting a blizzard. The word blizzard differs from state to state New York wouldn’t look at my area’s snow fall as a blizzard. When I think of a blizzard I think of the year of 1980. The year 1980 had one of the largest snow falls ever. I remember being on the school bus looking out the window at my mother walking to come get me. I will never forget her walking against the wind and falling snow that was trying to push her backwards. My mother was pregnant with my youngest sister too but she was always on top of doing her motherly duties.

Ooh here comes the circus snow! Back in the day every time the ringling brothers circus came to our city my mother would say “Oh man here comes the snow”. The younger generation don’t know about the circus snow because it began coming in April up until it shut down after 146 years of being in business. The blizzard of 1980 is the most known one in the area – because people were trapped in the Norfolk Scope that night after coming to see the ringling brothers circus. Every time there might be a rumor of snow in these parts someone blurts out “circus blizzard, circus blizzard!”, on Facebook or on the news. For years people would always joke that when the circus came to town, we’re going to get snow. The storm came earlier than expected, so people arrived at the circus, thinking they would be home before it snowed. When circus-goers left the morning show at 2 p.m, the snow was beginning to pile up, with more people arriving for the afternoon show. The circus was all “the show must go on”, so on it went, and when the afternoon show ended, nobody could leave the Scope–they were snowed in. It was too dangerous to drive and thus the phrase circus blizzard was formed!

My feeling about snow starts off as excitement, then I start down memory lane and then I start wishing that it goes away!!! Still I think of how beautiful the snow is and how God truly makes amazing things.