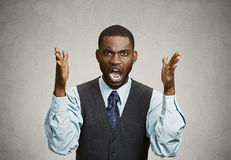 Why Are You Angry?

There are some black men who are walking around angry and they hate black women. The worst part is some of them call themselves men of God. They claim that they want to help correct black women but that’s highly doubtful. Yes, God corrects people but He does it in love.

I don’t hate black men but when someone speaks on it they get slammed. The black community is chaotic, poverty-stricken, and dysfunctional I’m not sure if the chain will ever be broken.

When I hear a angry black man speak ill of a black woman immediately I wonder why are they so angry. Did they fall off their bike and their mother didn’t kiss their boo-boo? Did a girl who they wanted to go to their first dance with turn them down? Did their first love break their heart? It’s important for us to figure it out because many of them have a vendetta against black women. Many of them feel better by degrading and demeaning black women and it must stop. The only way the anger will stop is if we can all figure out why. I think that it’s because of broken homes after all 72% of black fathers do not reside with their children and 73% of children are born out of wedlock.

I’m not bashing black men but I’m not working for Scooby snacks and empty praises from men who hates us either. I want to know why are they so angry I don’t want any of my beautiful nieces or any of the upcoming beautiful young ladies to experience disrespect from hateful men something has to be done.

Many black men aren’t getting married but have children everywhere women have to play bounty hunter like they are Dog (TV show guy) to get support for their children. The child support payments that women receive most times isn’t enough for a week’s worth of groceries. Quite frankly it’s despicable especially how they blame black women for how they behave it’s all too much. It’s just too much unnecessary drama from hateful and unfaithful men. I don’t know about anyone else but I’m not signing up for struggle love. Which is why I choose not to date them anymore I refuse to go on a scavenger hunt to look for a good black man aka IBM but that’s another post for another day.

I’m just curious about how they can hate black women but love their mom and sisters. Or maybe they just don’t love any black woman at all. It just doesn’t make sense men of the world I expect them to be harsh and cruel but not the men who calls themselves a man of God. I pray that God softens the hearts of hateful men.