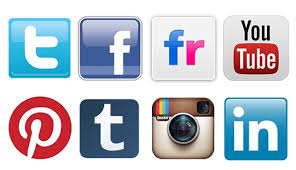 Social media is not self explanatory there is so much to it than what meets the eye. I miss the good ole days before the internet don’t get me wrong the internet is a great invention. It’s just sad how it gets abused. If one isn’t careful it can swallow up a person’s life whole. Many lives are impacted by social media there is zero privacy and things gets made up. Whenever I am watching any television show somehow the subject of social media comes into play. It’s so and so contacted me on Facebook one can expect drama it’s a guarantee. It’s cause a lot of break ups as well I have known people who gave it up to save their marriages.

For me I am friendly I see the good in everyone which isn’t the best mindset to have on social media you will get burned. I learned that lesson besides not becoming friends or following certain people simply because our eyes and ears are windows to our souls it’s important to not allow yourself to become open to the wrong kinds of vibes. Social media is the number one reason that I started a blog and for that I am thankful. A few months ago God spoke to me and told me to give all my social accounts up expect for Facebook. When I did that it was one of the greatest things that I had ever done.

What I don’t like the must is the promotion of negativity that’s real poison. People fighting, kids fighting so much violence it’s quite sad. People arguing on social media as well .Of course there are people judging about others being negative and I’m like wasn’t you the one who was cursing earlier. Oh the headaches I will just keep this blog short and take a couple of Tylenol.

Three things that I wish that I had of known out before getting onto social media is the drama, the negativity and probably not even getting into it in the first place. That way it’s less headaches the saddest thing is the people who invented social media had positive things in mind. I’m just going to stick mostly to my blogging and pop in and out of Facebook until I give it up completely. Wah Wah Wah Wah!!!!