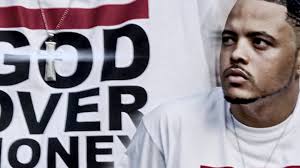 If I were stranded on a deserted island, the five things that I would bring with me would be the Bible, AJ and Kalieel, a MP3 player with thousands of songs that I love and my Boaz. I have not heard of a scripture that says that we should not listen to secular music. Maybe secular music is something of the world I guess. Also it contains foul language at times I don’t listen to music with bad words. However that’s where things begin to get hazy. First of all I am a music lover of all music that’s right all music. Gospel music Mahalia Jackson, Shirley Caesar, Sam Cooke, Take 6 and Etta James, Christian Hip Hop Bizzle, Sevin, Canton Jones, Da Truth and R-Swift, Heavy Metal Metallica, Megadeath, White Zombie, Pantera and Rage Against the Machine, Hip Hop Run DMC, KRS One, Biggie, 2 Pac, and Snoop Dogg, Country Shania Twain, LeAnn Rimes, Faith Hill, Reba McEntire and Johnny Cash, R&B Maxwell, Jill Scott, India.Arie, Brian McKnight and Donnell Jones, Pop Michael Jackson, Janet Jackson, Jennifer Lopez, Mariah Carey and Becky G , classical and jazz as well as much more.

Music is very powerful it can effect our mood. It can uplift, make you sad and violent too. The reason why I say that it gets hazy about Christian music and secular music is because that at times they sound very similar. And some Christian music gets played on mainstream radio stations. Christian musicians gets awards on mainstream music award shows. Let’s use Kirk Franklin as an example he actually samples mainstream music in his music. He has a song called Smile that has a sample in it called Your smile by the R&B duo Rene & Angela. When I hear the song I hear the words but in the back of my mind I think of Your smile. I am very familiar with the song Your smile my mother had it on LP which she listened to on Sunday when she had my sisters and I cleaning. My mother had her ways of getting us to do housework still that’s another subject. Right now there is a huge controversy going on about the Kirk Franklin and Kanye West collaboration I’m just over here like why are people surprised the man samples mainstream music that we all listen to. The way that I see it two things can happen from this collaboration Kanye can get close to God and gain his soul or Kirk will lose his. If there is a line where is it? I am not ashamed to admit that I don’t know simply because I don’t know everything. I’m sure from Kirk point of view Kanye is a brother that he’s trying to help. Kanye in the past has display his hate for God many times. He definitely is a lost soul that I pray for. Many people who have hate in their hearts are actually hurting inside. Well if listening to secular music is wrong I will work on it. Pray for and I’m being serious.